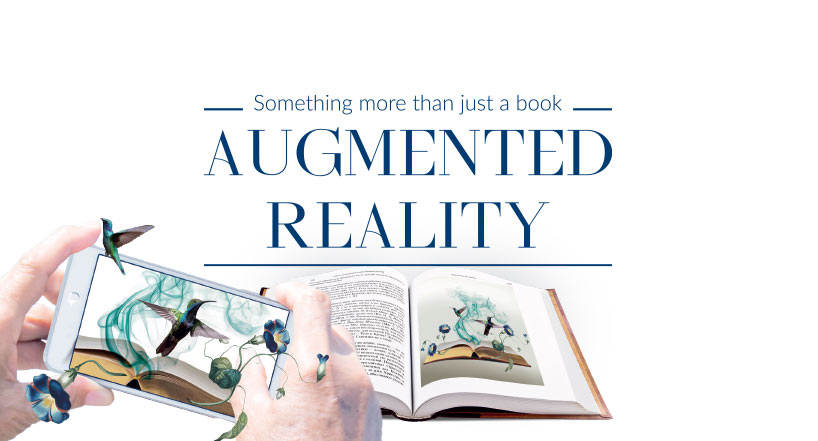 We’ve got something extra for you: Totem AR, also known as augmented reality books

When carrying out a search in Google, you could be forgiven for thinking that augmented reality is still being treated as a technological novelty. The most popular search results are dominated by questions such as “What is it?” and “What for?”. A short investigation into the matter shows that most of you have already come into contact with augmented reality without actually fully realizing it. After all, let the one who has never toyed with the filters made available by social media be the first to cast a stone…

Augmented Reality (abbreviated to AR), simply put, blends your real environment with virtual elements. Most often the virtual elements are superimposed over a camera image in real time. As nearly everyone now has a smartphone with a working camera, AR has become widely available.
Work on the AR technology commenced back in the ‘90s of the last century. Still, nothing contributed to its popularity as much as… the Pokémons. 2016 was the year when millions and millions of user across the globe fell in love with the Pokémon Go game. It was thanks to it that, just like the cartoon’s characters, they’re able to search for the virtual monsters, collect them and fight battles; and all this in the real world. 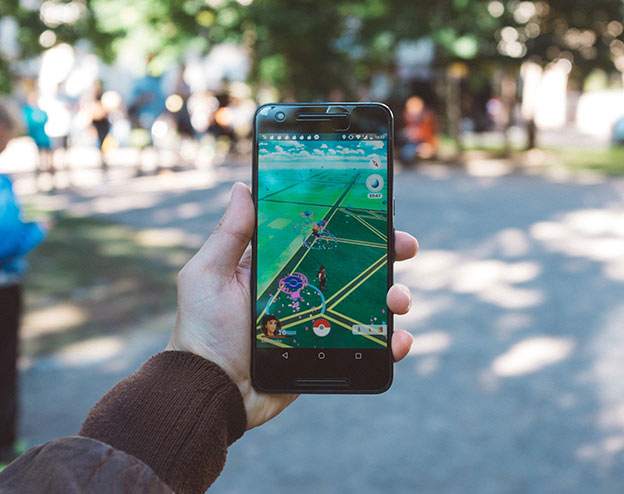 The continuous work aimed at improving the technology means that it’s more and more widely used, and not only for entertainment. The printing industry can also benefit significantly from applying AR. Our printing house saw the technology as a challenge. Which is how TOTEM AR came into being.

How does AR fit in with the printing industry?

At first glance the relationship might seem risky. Still, once you consider it for a short while, there’s an ocean of opportunities opening before your eyes. We love books here, but the format itself means there are certain some limitations to be taken into account as not everything can be described or written about. Which is why so many people look for answers and solutions to their problems online, e.g. using YouTube, as opposed to a library.

Educational publications seem like particularly fertile ground in this respect. Let’s take a hypothetical English language textbook. As much as textbooks are the perfect foundation for learning grammar, learning pronunciation is a different matter. Meanwhile, thanks to AR, a publication can become so much more complex, and – as a result – more complete. Use the app to scan the pre-prepared element of the graphics and listen to how a given word should be pronounced, hear part of a dialogue or even watch a video playing out a scene. A different scenario here would be to look for pronunciation online where there are scores of people willing to share their knowledge. The problem is that not all of them are competent sources of information. Another issue here is the fact that it’s not always possible to find the exact piece of information you’re interested in. After a long search you might find yourself knowing not much more than at the beginning of your journey, where you’ve wasted the precious time that should have been dedicated to actual studying.

Now, those behind a textbook are also responsible for the digital content. They have full control over the quality and make decisions as to what topics should have special emphasis put on them. Moreover, they’re able to make additional content available to users, e.g. you can make a payment to download a PDF file containing a glossary or extra exercises. Another advantage here is the fact that the digital content made available originally can be edited at any time. If you decide that your readers would benefit more from looking at a still image instead of watching a short video, there’s nothing stopping you from updating the given content.

AR is a technology that turns a regular textbook into something so much more attractive. It turns it into a multimedia tool enabling its users to improve their knowledge on numerous subjects – a feature unavailable with publications without digital content. The knowledge conveyed within any specific field is truly comprehensive. You engage senses that wouldn’t usually be involved when studying from a regular textbook, e.g. your hearing. Learning, because of the multifaceted approach to it, is now more efficient and thorough. 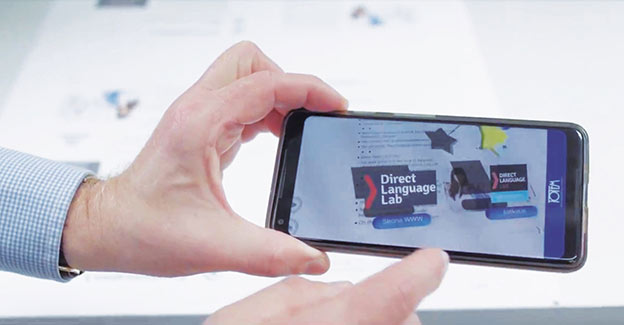 While applying AR to education seems to be fully justified, you might ask yourself whether it’s the same with literature. This is where the question so often put forward in Google searches in the context of AR comes to mind: “What for?”. There’s certain content that you simply might not want to include in a book, but it’d be nice for your readers to have access to it. The app enables the author to provide a link to a video in which they might talk about the background to writing the book, or possibly give the scoop on further instalments. There’s also the option to provide links to the author’s website or those run by the publishing houses involved in the book’s distribution. Moreover, AR is a way to interact with your readers and make additional content available to them, e.g. an epilogue or even an extra chapter as a kind of a bonus. 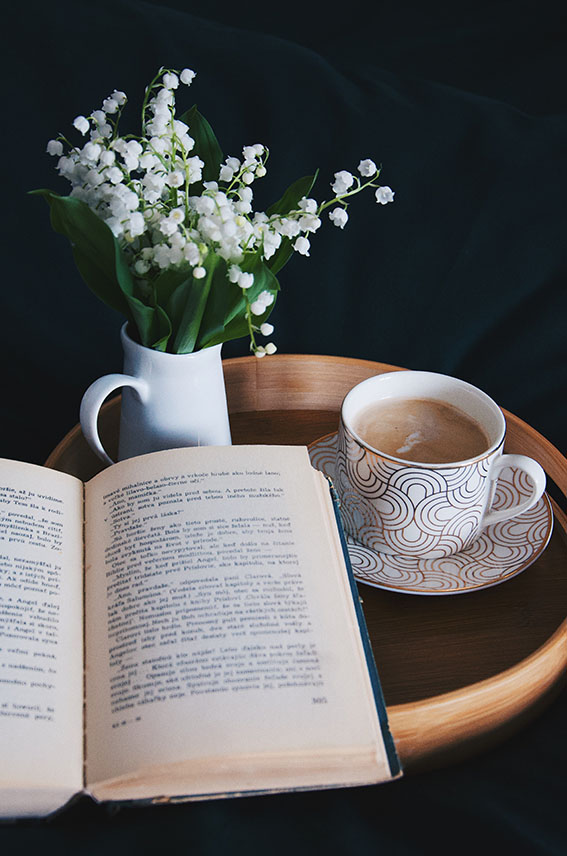 It sounds like something that an interior designer might struggle with, not a publisher. Still, countless graphic designers come to realize that each centimetre of well-designed space is priceless. Let’s use the example of the guidebook entitled “The Jews of Inowrocław” printed for a museum in the town. The challenge here was the volume of materials available vs. the rather small format of the publication. There were so many photographs worth showing, and just not enough space available to do it. The app gave readers the opportunity to access photographs that couldn’t be included in the printed book. This meant that the published volume was uncluttered, while there was maximum content provided. 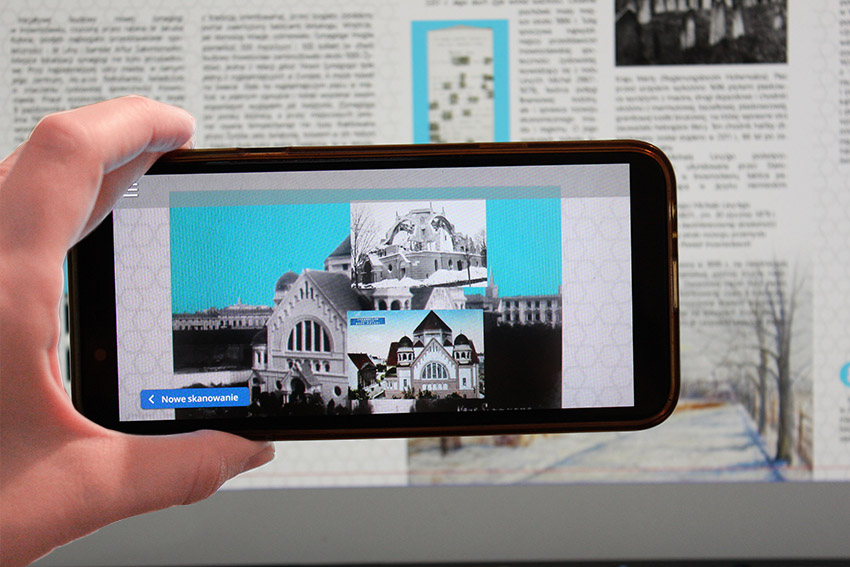 Some of you might still remember the CDs provided with some textbooks in the past. Rumour has it someone actually used one of them at some point. Unfortunately, this dated format fails to satisfy the needs and requirements of the modern consumer. A simple-to-use app works best. A smartphone with access to the Internet has now become an indispensable part of our daily lives, so instead of pitching books against smartphones, you’ll benefit more when you put them to use together. Just use the app to scan the given element of the graphics and let the magic happen on the screen of your phone.
But don’t just read about it. Go ahead and see for yourself. 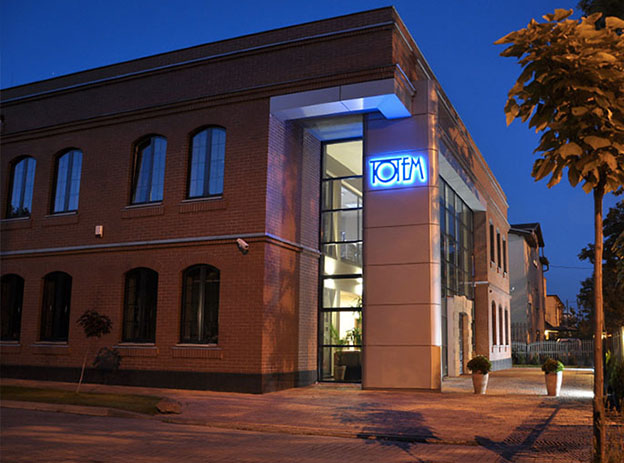 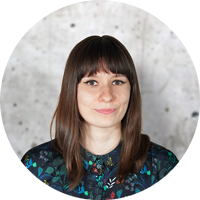 Graphic designer at Totem.com.pl. She writes because she enjoys it, but only when she isn’t busy drawing. Enthusiast of vintage furniture, she restores them to their original glory. Lover of cats, moths and the Moomins.

The price of print. A good question.

Good morning! How much does it cost to print a book in your printing house? Or: What’s the price of print? These are the questions customers usually ask in their first e-mail or phone call to us. However, there is a better moment to ask about the price. When? Generally speaking, when you more or […]

Read more
Some advice on the choice of paper

When your book is ready to be printed one last step remains – the choice of paper. We should warn you that the decision only seems easy. This could be surprising to some, but printing industry is influenced by fashion. In the past the preferred type was coated fine paper, which is the kind of […]

Read more
How is paper made?

The process of paper manufacturing is both fascinating and complicated. Unfortunately, we need some simplification and shortcuts to make it easier to understand how a tree trunk is turned into a liquid to become a bright sheet of paper. What sounds like magic is in fact a matter of technology. Where does the wood come […]

Giving up paper would be hard. Despite the overwhelming digitalization we still use it virtually every day: taking a shopping receipt, making appointment notes in a diary, reading a book or even blowing your nose. Paper is so commonplace that we hardly notice its presence and actually don’t know much about it. What we remember […]